Giulianova is a pleasant and fascinating town with a wonderful location. Not only it lies at the foot of the Appennines but it also overlooks the Adriatic Sea and it’s surrounded by a wide hill area. Therefore Giulianova can offer to its tourists an unforgettable holiday and give them the feeling of being at the seaside, in the mountains and in the hills at the same time.

Giulianova is certainly an ideal seaside resort thanks to its golden and fine sand beach, its promenade rich in palms, oleanders, pines and many varieties of flowers and its typical Mediterranean climate. But Giulianova, and especially its upper part, is also a town full of art and history.

Being the Gran Sasso Mountain close to Giulianova, tourists who decide to spend there their holidays can obviously visit the National Park of Majella, the National Park Gran Sasso, Monti della Laga, the Regional Park Sirente-Velino and the National Park of Abruzzo. Easy to reach from all directions, also because of its closeness to Pescara Airport which is only 40 km far from the town, Giulianova provides a lot of tourist and sport facilities giving its visitors the possibility to play tennis, basket, five-a-side football, bowls, skating, pitch and putt and to practise all aquatic sports such as swimming, sailing, windsurfing and even deep-sea and underwater fishing.
Nowadays, thanks to a new system of wooden wharfs, those who spend their holidays at Giulianova can also reach the neighbouring towns by bicycle cycling along the shore of the sea and wonderful pinewoods.

In Giulianova there is also an efficient fishing and tourist port which was founded in 1913. Inside the port there is an important fish market where it’s always possible to “taste” the smell of fresh fish. Giulianova’s characteristic folk and gastronomical festivals, which have not only a regional but also a national significance, are often joined to patronal feasts which are deeply-rooted into the hearts of local inhabitants.
First of all there is the feast of the Madonna dello Splendore which takes place in April and is characterized by a religious procession through the streets of the town; then, in August, people celebrate the feast of Maria SS. del Portosalvo with its famous and suggestive sea-procession that culminates in incomparable fireworks, which are on the sea too; at the end of the festivities’list there is the feast of Maria SS. dell’Annunziata which takes place in September.

The most important monuments of Giulianova’s beach area which certainly call for a visit are:
the church of Santa Maria a Mare, the oldest of the town (XII cent.), which, even if it has been restored and changed many times, still preserves its terracotta façade and its precious portal dated back to the beginning of the XIV century; the Nativity Church, built up at the beginning of the XX century; the Kursaal, a building in Art Nouveau style dated back to the beginning of the XX century but which has been newly restored and made suitable for meetings, art exhibitions and cultural events.
In the upper part of the town there are some monuments which are very significant from both the architectonical and the religious point of view such as: the Benedictine Monastery; St. Anthony’s Church, built up in 1556 and rich in baroque decorations and stucco bas-reliefs; St. Flaviano’s Cathedral, the first church with an octagonal base along Abruzzo’s coast. It was built up at the beginning of XVI century and it’s covered with a hemispherical dome;
the Sanctuary of the Madonna dello Splendore, built up after a miraculous apparition of the Virgin between the end of XV and the beginning of XVI century. The wonderful statue of the Virgin is inside the church. Of great suggestion is the monumental Via Crucis which is made up of bronze statues made by the sculptor Ubaldo Ferretti; the Misericordia’s Church; the “V. Bindi” picture-gallery, where many works made by the most important painters of the Neapolitan School are exhibited; the “V. Bindi” town library, which is one of the most important of the region with more than 25,000 books; the town Museum and the contemporary art Museum (called “Museo dello Splendore”), where there are many works made by the best artists of the second half of the XX century; the Benedictine Monastery and the Montegrappa Stairs, which, in the past, linked up the upper part with the lower part of the town.

Giulianova is also surrounded by a lot of interesting and fascinating places. Those which have to be certainly mentioned are:
Teramo, where it’s possible to visit some important monuments such as the ancient Cathedral (XII cent.), the Roman Theatre, the churches of St. Anna (VI cent.) and St. Anthony and the Church of the Madonna delle Grazie;
Mosciano St. Angelo, where you can find the Convento dei Santi Sette Fratelli, a former Benedictine monastery which has become famous thanks to its medieval bell tower and many frescoes of the XVII century;
Atri, a small town which is very rich in monuments such as the Cathedral, the Roman town hall, the cloister, the bell tower (XV cent.), the “Capitolare” Museum with its decorated majolica and the Ducal Palace belonging to the Acquaviva family (1st half of the XIV cent.);
The Sanctuary of St. Gabriele dell’Addolorata, one of the biggest and most visited religious places in Italy;
Castelli, which is renowned for its production of artistic pottery and where it’s also possible to visit the Church of St. Giovanni Battista, the small Church of St. Donato and the Pottery Museum;
Civitella del Tronto, which has become famous thanks to the Bourbon Fortress, built up during the Spanish rule (XI cent.);
the Abbey of Montesanto, one of the most important Benedictine monasteries in Abruzzo, which was built up in 542 according to the will of St. Benedetto;
Campli, a town rich in history and art. Between its monuments we have to mention the Farnese Palace (XIV cent.), the Church of St. Maria in Platea, The Holy Staircase (Scala Santa, XVIII cent.), the Romanesque Church of St. Francesco and the National Archaeological Museum (VI cent. b. C.).

A warm hug from:
Filippo, Giada, Laura and Giorgio...
and from all the staff of the Family Hotel Promenade

Hotel for kids and not only

Kids are the most important people in the Promenade: for this reason we satisfy them, by offering all the comforts...

fun with us
photo
gallery 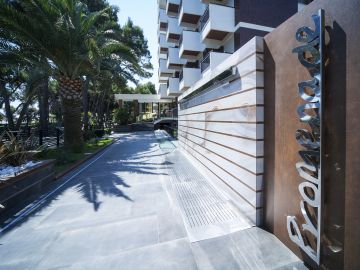 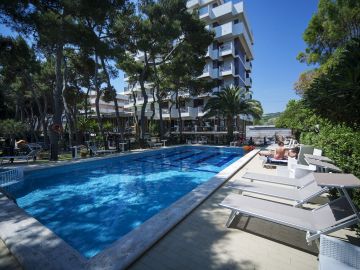 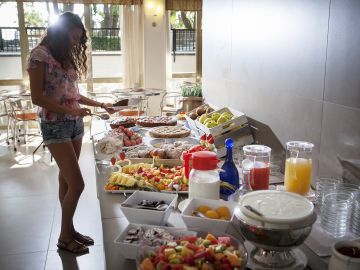 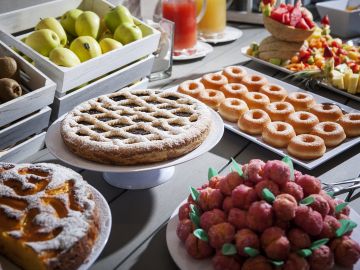 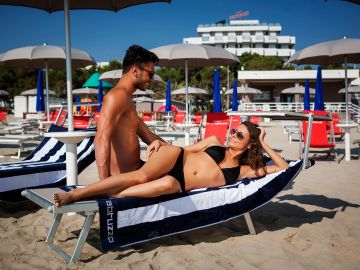 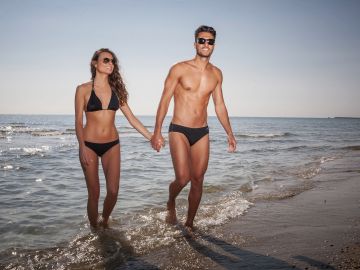 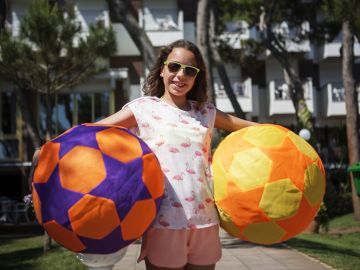 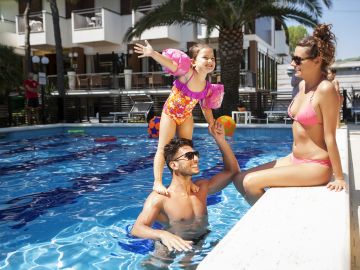 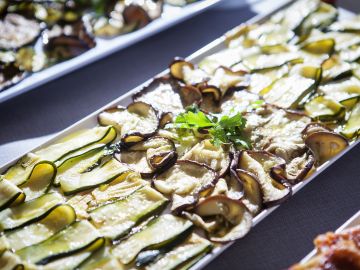 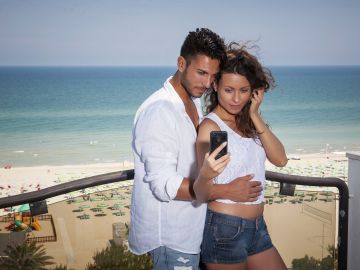 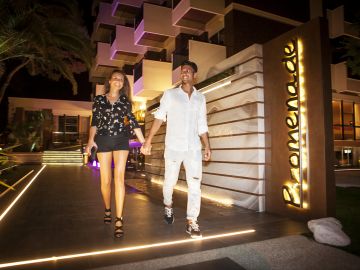 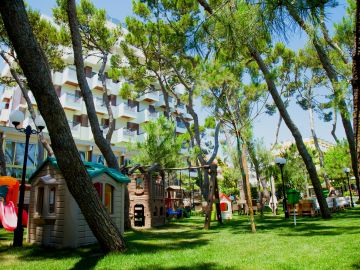 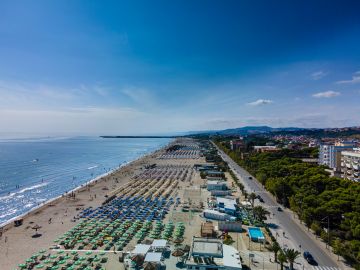 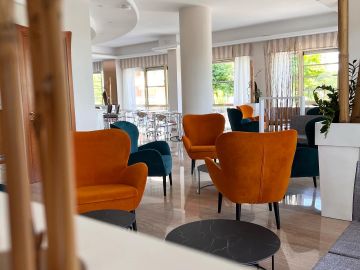 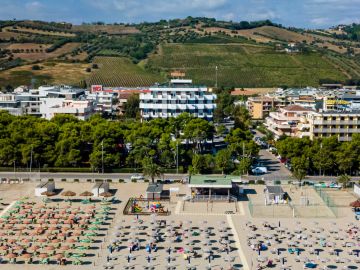 About us
“Wonderful Vacation”

We have just returned from a week in your hotel and we thank everyone (reception, room, housekeeping, entertainers and Mr. Claudio …) for your kindness and availability. Excellent quality and variety of dishes and impeccable cleanliness. We will definitely be back🤗

We stayed for the second time in this hotel and we found it even better than we remembered. The cleanliness of the room and common areas simply impeccable. The varied and quality cuisine. The staff always smiling and helpful. Thank you. We will definitely come back again. Denis and Simona

We stayed at this hotel the week of August and had a great time! Always courteous staff, top cleaning and impeccable services. We will definitely be back! Thanks

Spending holidays at the Promenade Hotel is super fantastic, just like arriving and feeling at home. We start from the welcome with their super nice ways, always available to help you and always with a smile. Congratulations for the excellent and scrupulous cleanliness, feel every time you enter the room the smell of clean not […]

In this hotel everything is great! The cleanliness, the excellent quality food .. And last but not least, the cordiality that is demonstrated to the customer by all the highly professional staff and by the owners. Thanks from the Sanna family

Sanna Marco
Why choose us? 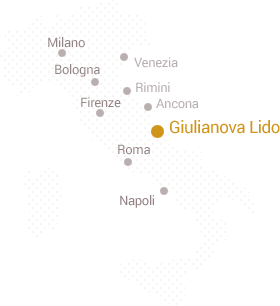